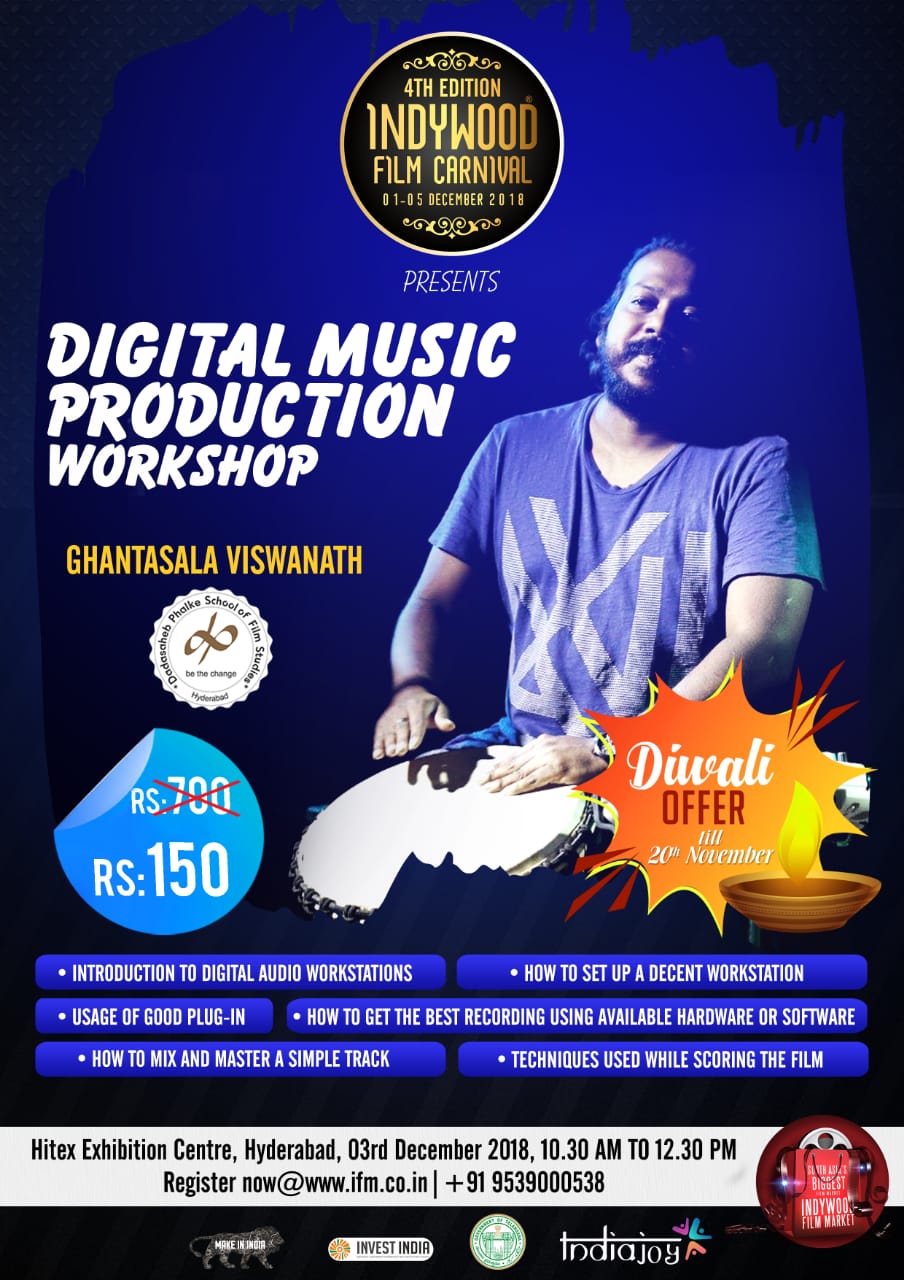 Ghantasala viswanath (GV) Finished his Btech in ECE and did DFT in advanced digital music production from SAE, chennai. Later he started studio named “GV Studio” and did postproduction for nearly 500+ films. And did back ground scores for nearly 25 films and did music for nearly 17 films.

Book your tickets now at ifm.co.in/workshopregistration
For more details contact @ +91 9539000538