As the canvas of films grows bigger in India, so does the need to expand beyond conventional borders and to tap the full spectrum of the domestic audience, Indian diaspora and the global film market.

Project Indywood, the USD 10 billion visionary project has been at the forefront of uniting all Indian regional film industries under one umbrella and connecting the industry with global stakeholders of cinema. By bridging the gap between the Indian and International film market, and opening new avenues for international trade and investments, Indywood will help promote Indian cinema globally, thereby benefitting its film industry, both financially and qualitatively. 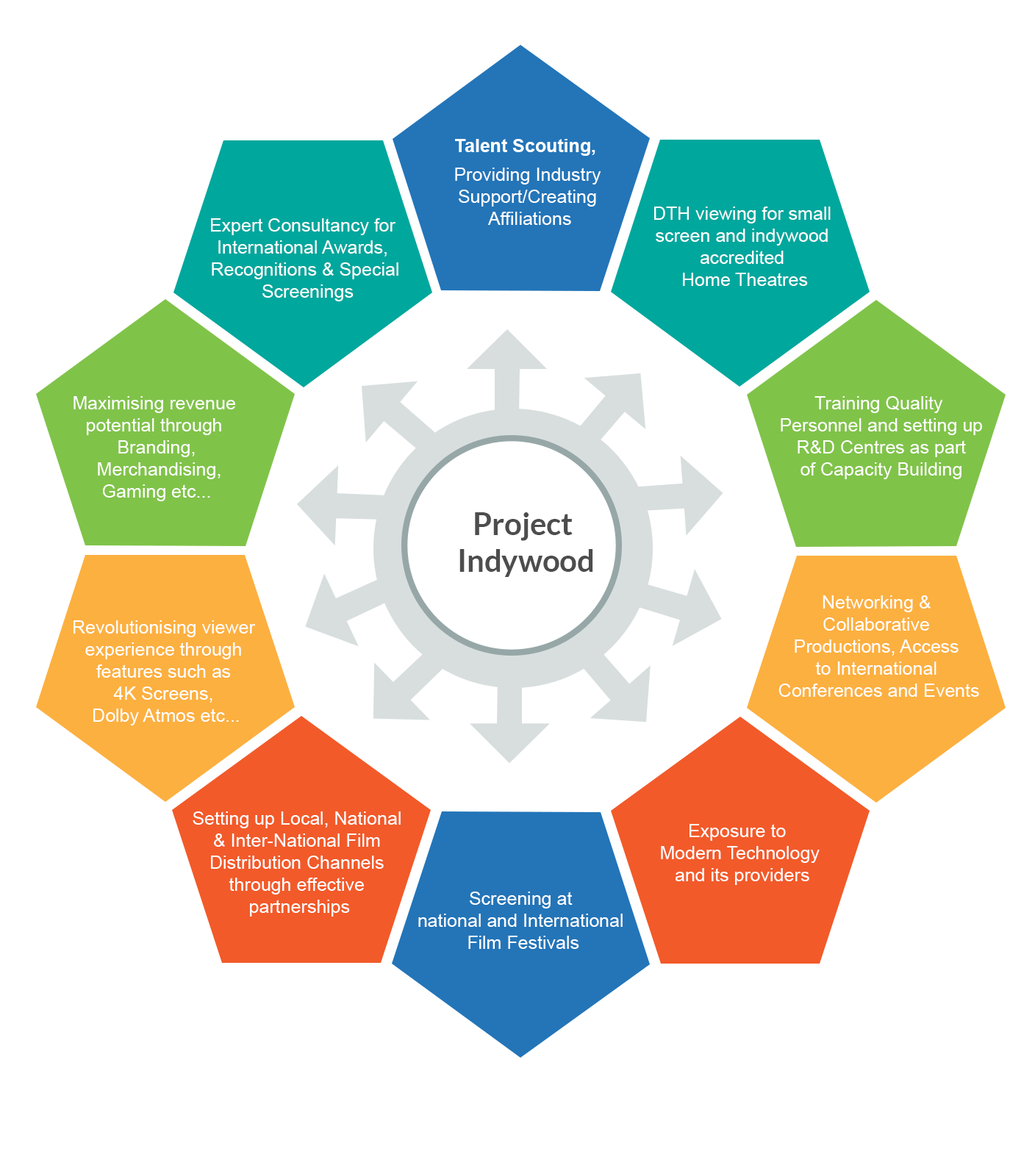 Indywood Film Carnival is the flagship event of Project Indywood. The 4th edition of this film festival and tech expo was organised from December 1 – 5, 2018 at Hitex Exhibition Centre, Hyderabad.

The carnival is a representative platform for showcasing the entire gamut of cinema making, ranging from pre-production to skill development, production, technical support, post-production, distribution, marketing and release, among others.

To cater to the need for an end-to-end life cycle solution envisioned by Project Indywood, the Indywood Film Carnival acts as a confluence for different stakeholders to network and create meaningful collaborations. This is made possible through four well planned verticals; each of them a mammoth undertaking held in parallel to each other, at the same venue. 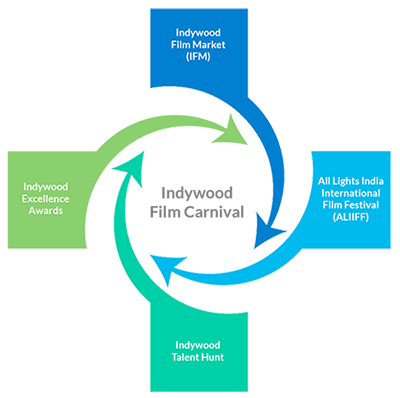 All Lights India International Film Festival, is a premier showcase of 250 movies from 80+ countries. One of India’s most respected film festivals, ALIIFF screens movies that have won coveted awards around the world, including at Cannes and Oscars.

Indywood Talent Hunt is a credible launch-pad for many a talent in creative domains such as music, dance, choreography, modeling, acting and direction among others. One of India’s most successful talent discovery platforms, ITH connects different Indian film industries with potential talents across the country.

Indywood Excellence Awards is a prestigious award function that honors top performing leaders across the business, film and entertainment industry. One of India’s most coveted business awards function, IEA strives to recognize influencers who have contributed to Indian cinema's global persona.

About the Fourth Edition

Held in association with India Joy and Government of Telangana, the carnival showcased more than 100+ movies from 50+ countries, 100+ exhibitors including leading technology providers, production agencies and distribution plus theatre owners, 1500 company representatives from across the globe, 500 creative youngsters from all 29 states of India, designer collections from Bollywood, Mollywood, Tollywood, Dollywood and Sandalwood along with The international segments by Iranian designer and the INIFD.