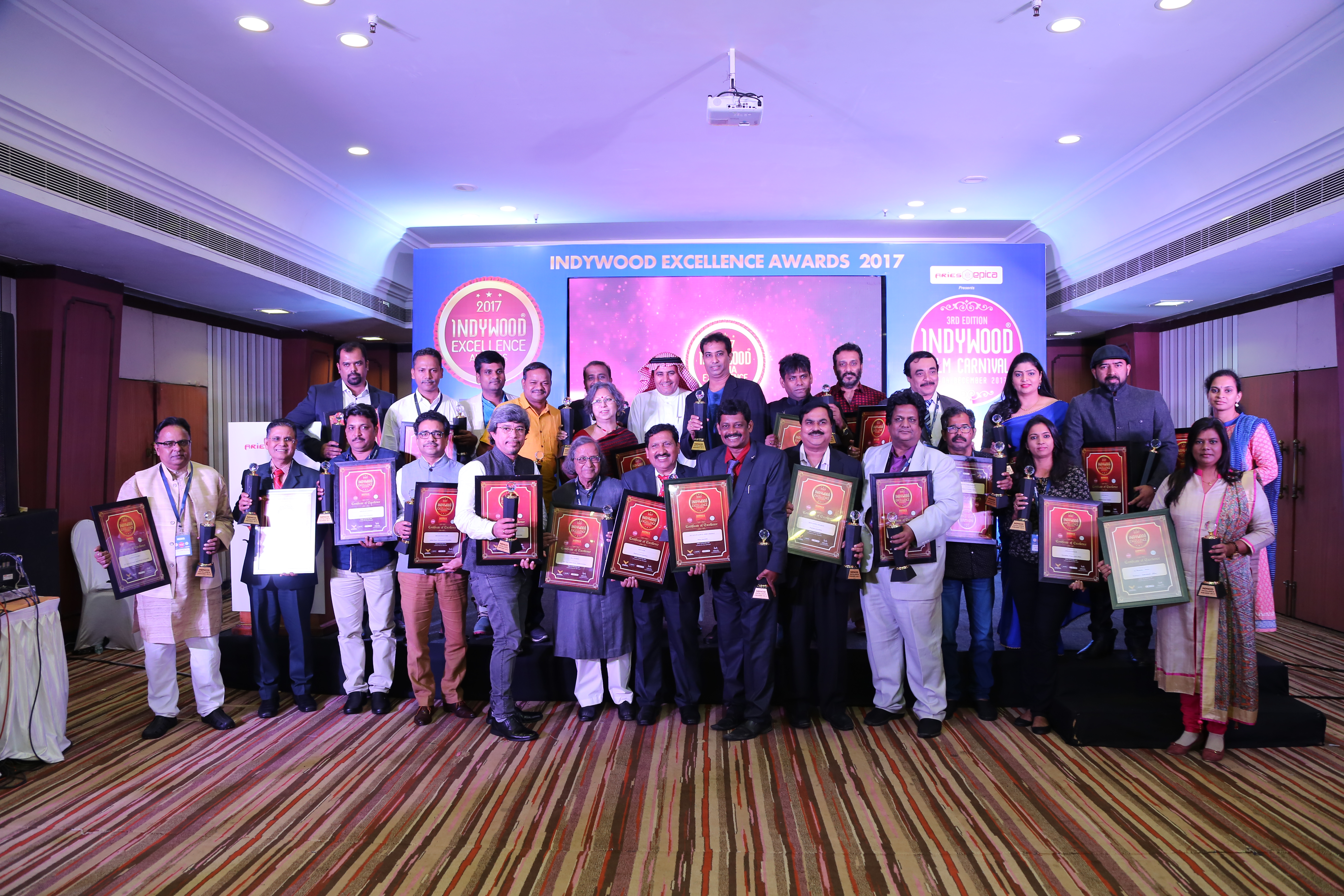 The prestigious Indywood Media Excellence Awards 2017, powered by Alubond concluded successfully at Ramoji Film City, Hyderabad on 1st December 2017. The awardwas organised to recognize and facilitate journalists for their relentless services and efforts made to keep us abreast with the latest happenings across the globe.Mr. Mohammed Ibrahim Al Qahtani was the chief gues for the event. Nawab ShajiUlMulk, Charimen of Mulk Holdings was a special guest and award presenter at the event. Mr. Sami Syed, CEO of Phoenix International Group of companies and Mr. Suresh C Pillai, CEO of Mark Technologies WLL graced the occasion and presented awards to the winners.

A Panel Discussion on ‘The Role of Visual Media in Impactful Branding’ was also conducted during the ceremony. The panel discussed how visual media has become an effective tool in uplifting the brand image  of an organisation. The session was moderated by Anil Wanvari - Founder, CEO, Editor in Chief, Indian Television. Mr. Rajesh Kumar G, Editor in chief, Pravasi Express and P Viswaroopan, MD, JANAM TV were the panel members.

Indywood Media Excellence Awards 2017 was organized as a part of Project Indywood, a US$10 Billion Project to be initiated by a consortium of 2000 Indian corporate and Multi-Millionaires.