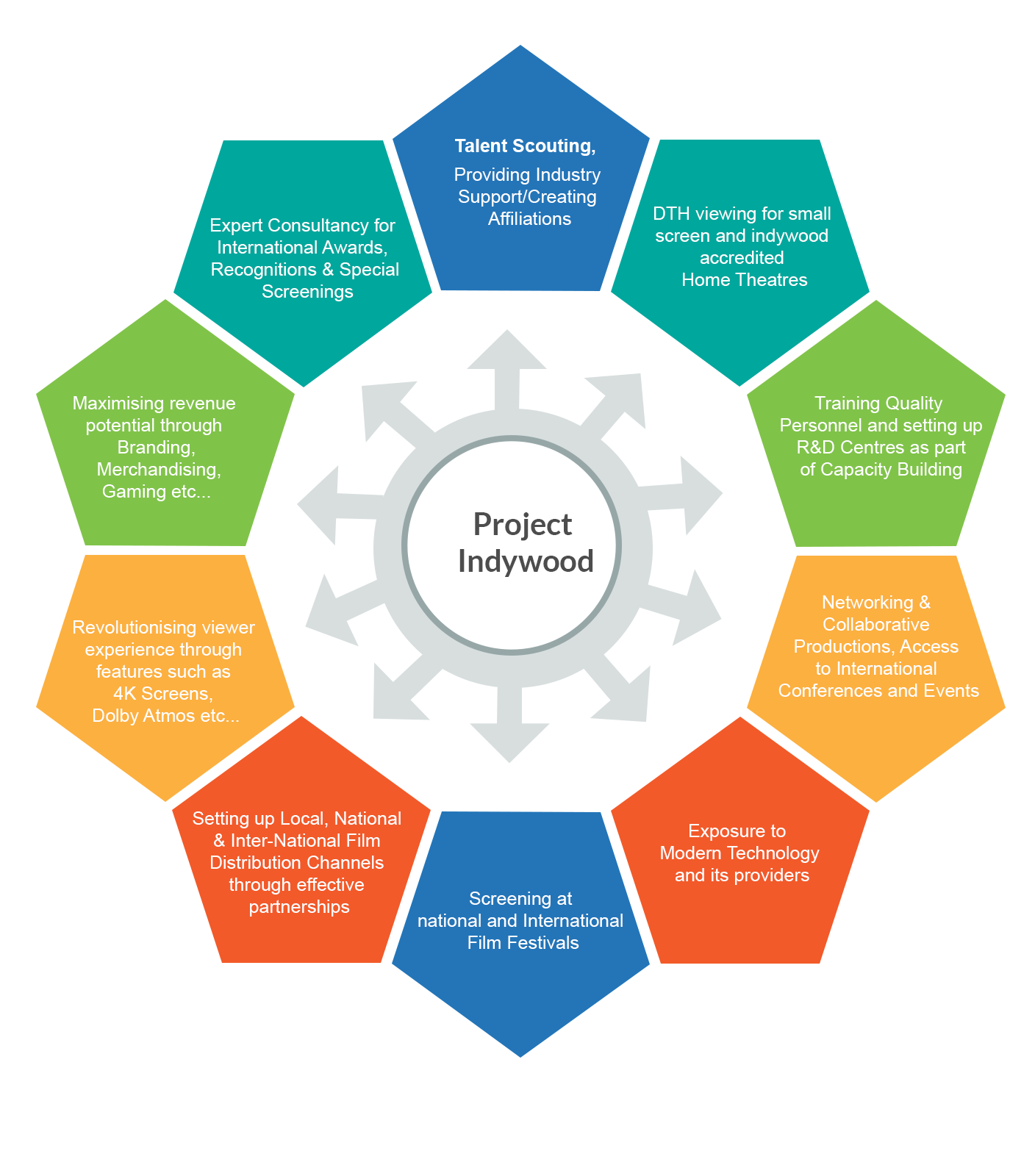 The revolutionary concept of ‘Project Indywood’ was laid in 2015 at Cochin by the visionary Hollywood Director, Sohan Roy. With an aim to integrate the Indian film industry, Indywood has left no stone unturned to initiate worthwhile contributions to the industry.

The event was three times bigger than its forerunners in magnitude and attendance of delegates. It consisted of:

During the course of the 4 day carnival, several projects were launched including the concept of branding theatre, T10 Cricket League, KPMG Report, Golden Bricks Wall campaign and Indywood Billionaires Club for the economic transformation of India by strengthening and making the rupee equal to the dollar. Nearly 50 Indian billionaires and over 100 multi-millionaires attended the inaugural function. The prestigious Pravasi Ratna Awards was also held during the inaugural ceremony and honoured 28 NRI billionaires who have contributed to the overall development of the country.

One of the major highlights of the inaugural function turned out to be the re-launch of the internationally recognized Kamasutra 3D movie project which had been abandoned due to legal issues. By reviving the project, Indywood cemented its position as a credible initiative seeking to revive quality content.

The carnival also saw the participation of nearly 3000 delegates from 70 countries with the 4 major expos playing host to over 100 exhibitors and 750 company representatives. The film market showcased special country pavilions, regional pavilions and bestowed excellence awards in 8 categories. The International Film Business Awards were presented in 10 categories and saw 28 conferences under different topics. Additionally, 8 workshops were conducted for an audience comprising aspiring and established filmmakers and student delegates.

By converging business, entertainment and culture, the 3rd edition of Indywood Film Carnival had something for everyone associated with the global film industry. Next year, the Indywood Film Carnival will be back with more industry, investor and government representations, as well as a bigger and better platform to realize the vision of a united Indian cinema.

The carnival will be held next year in the first week of December.