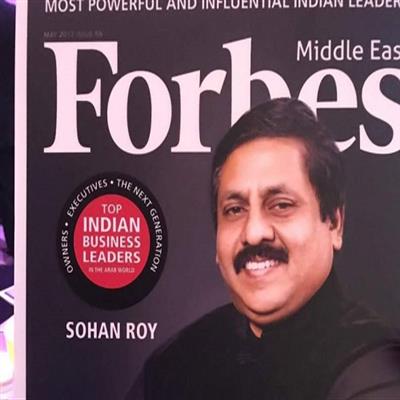 UAE-based millionaire and philanthropist Sohan Roy, Chairman and CEO of UAE headquartered Aries Group has been featured in Top Powerful and Influential Leaders in Middle East 2017 released by Forbes Middle East. This is for the fifth consecutive year he has been listed. Sohan Roy who hails from Kerala is a naval architect by profession and a film maker by passion.

Aries Group is one of the largest multinational conglomerates in the Middle East with 45 companies operating in 15 countries across the globe. Aries Marine and Engineering Services established in 1998 is the flagship company of Aries Group. Aries Marine, an ISO certified naval architecture and marine engineering consultancy in Middle East, offers comprehensive range of technical consultancy and project management services to the maritime industry and ship owners worldwide.