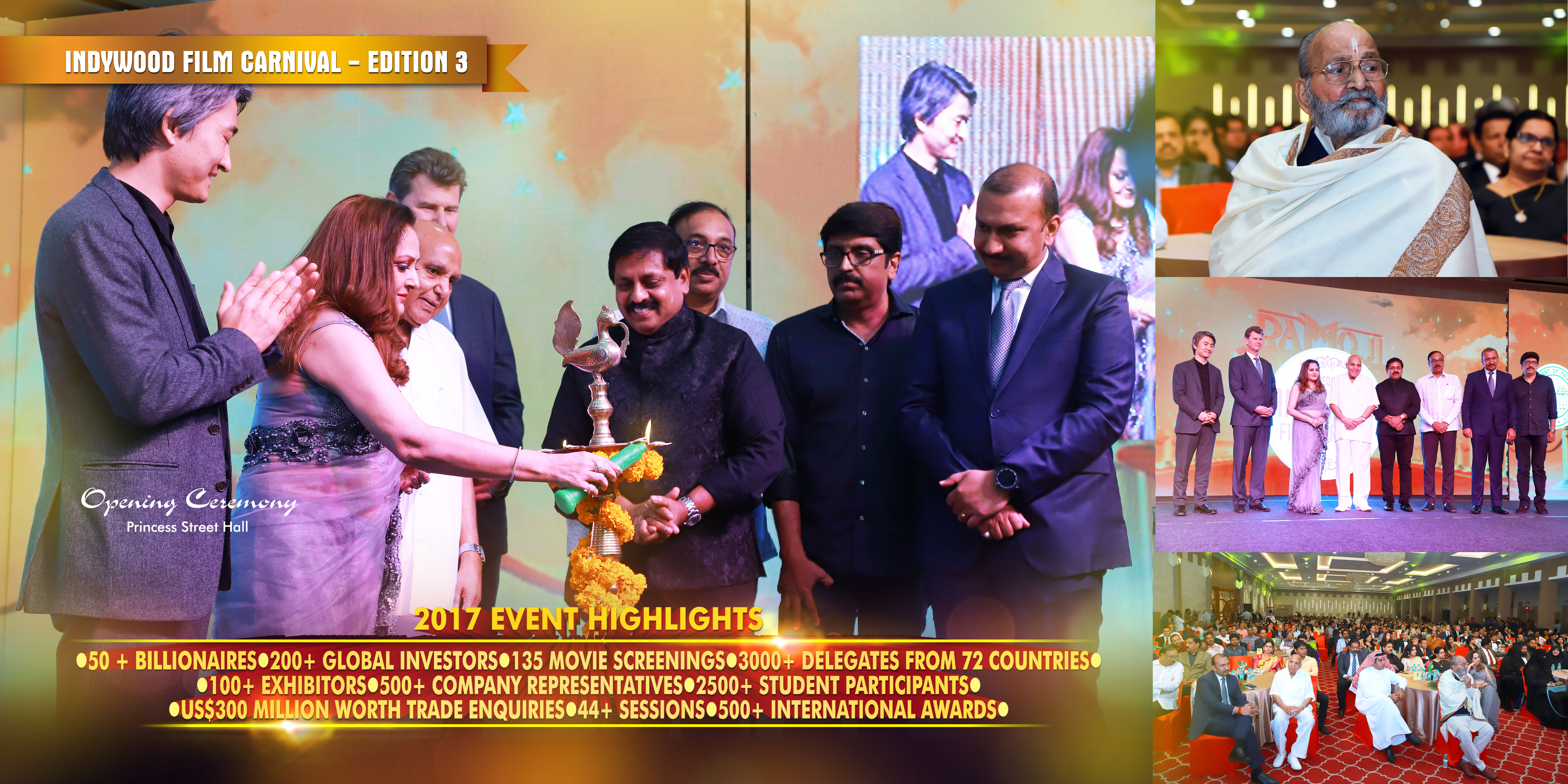 Until now, India had always been a remote image for me. That image was a mixture of Ravi Shankar’s music, Satjati Raj’s movies, the tales of Arabian Nights, Bollywood and Gandhi. But the idea of living in Hydebarad for five days inside the largest movie studio in the world: Ramoji City - 1665 .50 acres - where many of the Indian film industry ’s most commercial films are recorded , had never crossed my mind . Nor would I have imagined receiving an invitation to attend the Indywood Film Carnival.

Indywood was my gateway to India. An event that not only allowed me to get in touch with creative people from all over the world, it also helped me to discover a film industry that is not well-known outside India’s borders.

It was exciting to see the public’s curiosity and the way they gave in to also discover films and filmmakers from around the world. It was an audience that actively participated in all the conferences, round tables, debates, workshops and projections. Interestingly, many of the attendees share their usual professions with cinematography. It was not unusual to meet engineers, doctors, lawyers, who have also directed films.

One of the most interesting aspects of the festival is that it fostered and facilitated the meeting between investors linked to the industry. More than fifty billionaires from India and more than 500 investors from around the world met to discuss the production of future film projects, since the Indywood film market is considered the most important film market in the region. The extravagant event was called 'Billionaires club' and took place in the halls of the elegant Princess Hall, the festival's main building.

In addition , members of the Indian academic environment also attended . Several film and television schools gathered at the carnival to talk about their role in the industry.

Ramoji City is one of those places that impress guests from the moment they arrive . In these studios, the most expensive film in Indian history was recorded in 2015: 'Baahubali: The Beginning'. A super production that has the same quality as great Hollywood films . Moreover , these huge studios employ more than 10,000 people.

For local producers , it is essential for the film market to continue growing and project beyond national barriers . 'There is cinema in India beyond Bollywood ' says one of the most respected and followed critics in the country, with more than 2.6 million followers on Twitter, Taran Adarsh, who had a very interesting dialogue with journalist Bhawna Munjal about the future of the film industry in India.

Bollywood actress Jayaprada was honored with the prestigious award 'Icon of Indian cinema'. The composer and actor K Vishwanath was also honored.

India is now home to hundreds of billionaires, said festival director Sohan Roy, one of India's most successful entrepreneurs according to Forbes magazine . He has never doubted the potential of film as an industry. "These billionaires", Roy tells me during an interview, "are part of the strategy to generate interest and investment in our cinema and make the value of our currency (the rupee) equal to the US dollar over time. The growth of the movie industry will also represent a growth of our economy.

The festival also acknowledged the work of film commissions that have helped to build bridges between India and the rest of the world. Some ambassadors and representatives from different countries were honored : Thorir Ibsen (Iceland ), Milan Hovorka (Czech Republic ) and Archil Dzuliashvili (Georgia).

The festival had a total of 15 large events and screened 250 films from 100 countries . One of the biggest surprises was when producer B.R Shettye's announcement about the filming of his new project, Mahabharata, a super production that will be shot in Ramoji Film City, based on the millenary text of the Hindu religious tradition.

The Indywood Film carnival has been a four-day festival to celebrate cinema, but also a bridge to generate a dialogue between the East and the West, to attract international investment and project films produced in India outside local barriers.