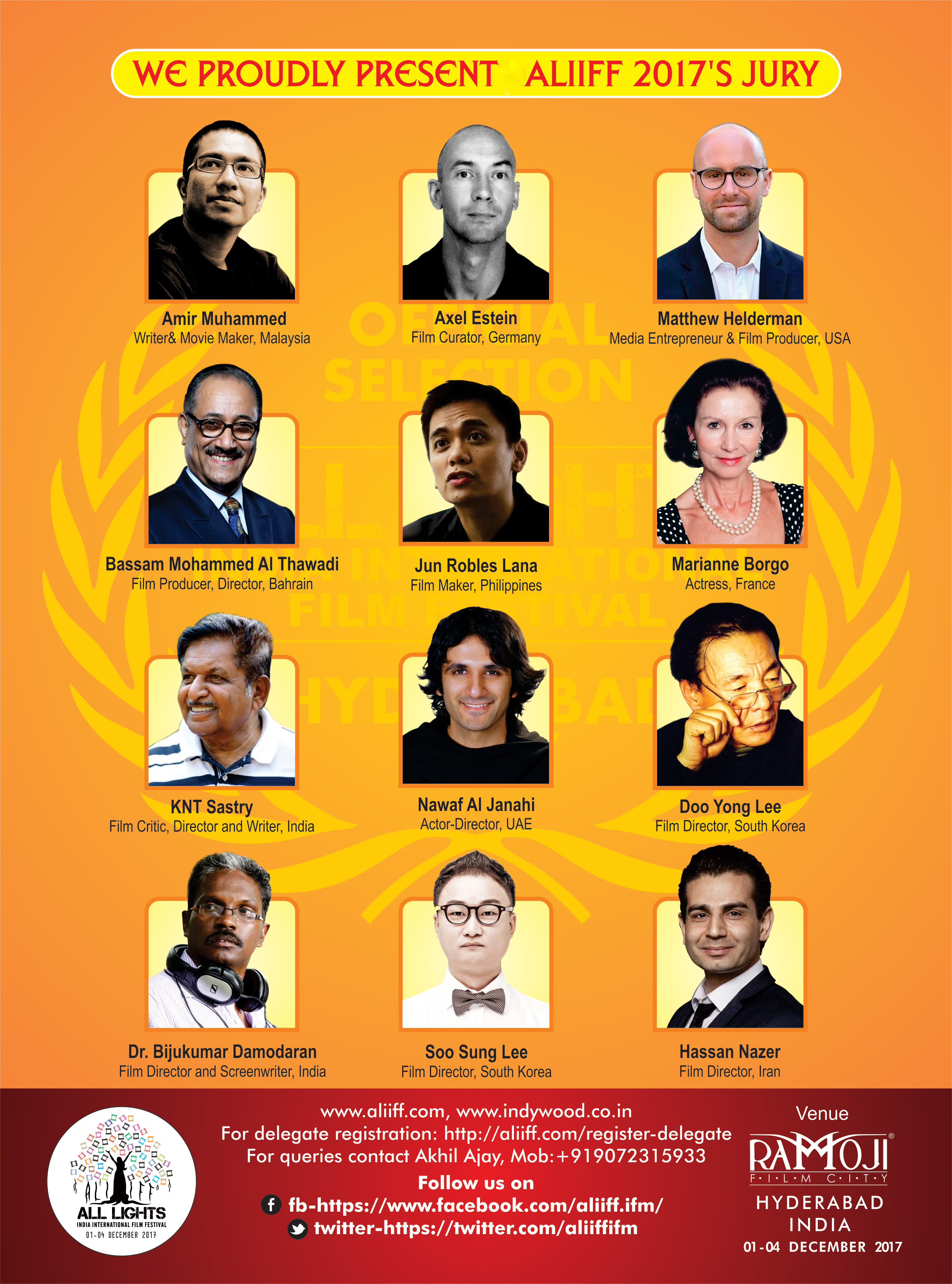 American film entrepreneur & producer Matthew Helderman will be one of our juries for Debut Director Films Competition. A media entrepreneur and film producer based out of Los Angeles, Helderman began his career as a floor runner at the New York Stock Exchange before entering the entertainment business as a co-producer at a Paramount Studios based production company.Matthew Helderman is presently the founding CEO of BondIt Media Capital and Buffalo 8, a feature film & commercial production company. Buffalo 8 has built a library of 30+ feature films ranging from micro-budgets to $5M features, a roster of commercial directors and a full post-production facility.

Amir Muhammad is a Malaysian publisher and filmmaker.Two of his documentaries, The Last Communist and Village People Radio Show were critically acclaimed. Malaysia He founded the publishing company Buku Fixi in 2011, with a focus on urban pulp fiction. To date, the company has published over 150 books with 3 of them being converted into films. He has also served on the jury of several film festivals including Rotterdam, Yamagata, Clermont-Ferrand, BAFICI and Dubai.

Acclaimed German Curator, festival organizer Axel Estein will be part of the official jury panel to select the winner of the NETPAC Award. He’s served as jury for several film festivals worldwide The NETPAC Award, short for Network for the Promotion of Asian Cinema is among the most prestigious awards presented to superior Asian movies.

Acclaimed Bahraini filmmaker Bassam Mohammed Al Thawadi, a graduate of Cairo’s prestigious Higher Institute of Cinema. He is credited for producing Bahrain’s first feature film, The Barrier, in 1990. Regarded as a regional pioneer in film-making, the veteran filmmaker is a founding member of the GCC Cinema Society and is also the founder and director-in- general of the first Arab Cinema Festival in Bahrain.

Indian filmmaker Dr. Bijukumar Damodaran is known predominantly for his works in Malayalam movies. He is a homeopathy doctor turned film director and screenwriter whose first film Saira in 2005 won worldwide critical acclaim including at Cannes. His movies follow social themes and the latest film “Perariyathavar” won the National Award for Best Film on environment conservation.

South Korean filmmaker Doo Yong Lee has directed 60 feature films and won several prestigious accolades at Venice, New York and Cannes. He was formerly the Chairman of Korea Directors Association and the Chairperson of the Hawaii International Film Festival NETPAC Award. A Retrospective of his works was presented at the 21st Busan International Film Festival in 2016.

Renowned Iranian filmmaker Hassan Nazer, who directed the Afghan film ‘Utopia’ which was Afghanistan’s Official Entry to the Best Foreign film category at the Academy Awards 2016. He  started World Film Production which is a production company registered in Scotland.

K N T Sastry, known predominantly for his works in Telugu and Kannada cinema, Mr. Sastry has garnered six National Film Awards. He has directed films such as Surabhi, Thilaadanam, Kamli, and Sarasammana Samadhi over a career spanning three decades. He has served as the Chairman of Critics’ Jury at National Film Awards and as a Jury Member for Andhra Pradesh State Nandi Awards.

Marianne Borgo, versatile French actress who was trained at the Conservatoire National D'Art Dramatique in Paris, has played many classical lead roles on stage in a career spanning over five decades. Marianne has acted in several Indian films and stage productions, and has also been a film festival consultant and jury member at various Indian film festivals.Some of her famous works include The Divorce (2003), Oscar and Lucinda (1997) and The Phantom of Liberty (1974).

Nawaf Al Janahi is an actor and a film director who was born in Abu Dhabi, UAE. Having done his film education from California, Al Janahi’s first feature length film "The Circle" was described by film critics as "a major turning point in Emirati and Gulf cinema". His second film "Sea Shadow" toured 27 countries. He is also the founder of the Emirati Cinema Campaign and Black Box Cinema.

After the grand success of its first two editions, ALIFF 2017 has lived up to its reputation as one of Asia’s finest film festivals, film submissions from nearly 80 countries. 3rd edition, to be held from Dec 1-4, a total of more than 100 films from 50+ countries will be featured in 6 competition and 8 non-competition categories.