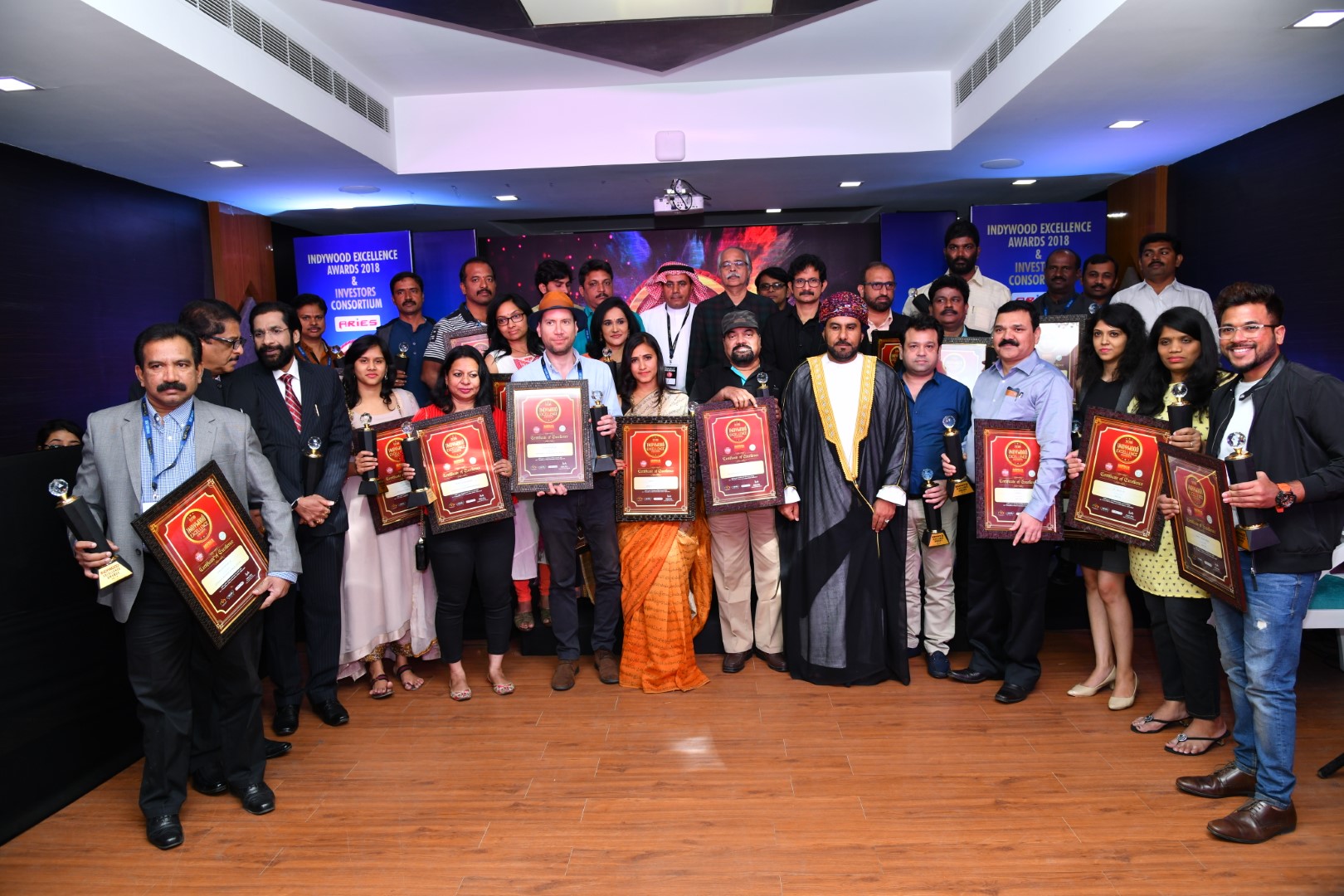 The prestigious Indywood Media Excellence Awards 2018 concluded successfully at HiTex Exhibition Centre, Hyderabad on 1st December 2018. The awardwas organised to recognize and facilitate journalists for their relentless services and efforts made to keep us abreast with the latest happenings across the globe. Mr. Ibrahim Abdulla Humaid Al Hosni was the chief guest of the event.

A Panel Discussion on ‘Visual Media in revolutionizing Brand Visibility’ was also conducted during the ceremony. The panel discussed how visual media has become an effective tool in uplifting the brand image of an organisation. The session was moderated by Issac John, Associate Business Editor, Khaleej Times.

Indywood Media Excellence Awards 2018 was organized as a part of Project Indywood, a US$10 Billion Project to be initiated by a consortium of 2000 Indian corporate and Multi-Millionaires.