Pakistani movie Saawan of 2017, to be showcased at ALIIFF 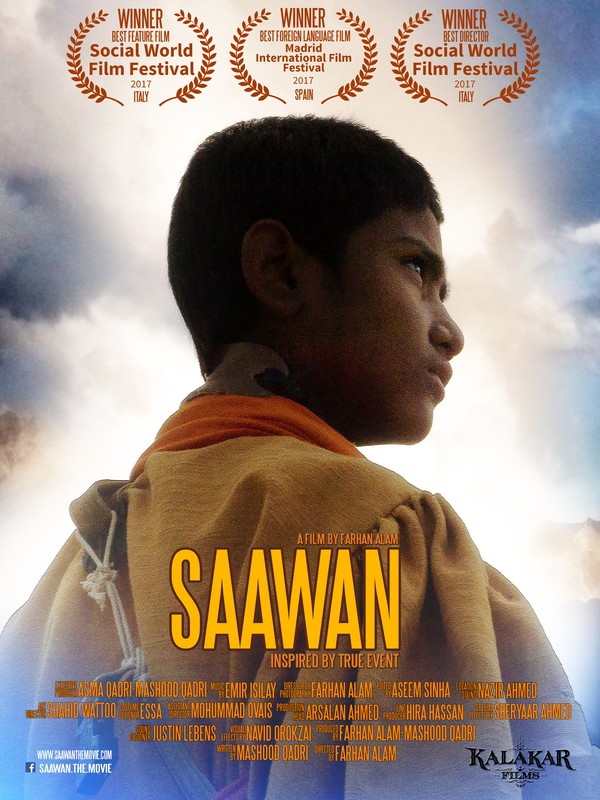 All Lights India International Film Festival (ALIIFF) is proud to announce that the Oscar nominated Pakistani movie Saawan, will be showcased at the festival as part of the International Competition for Feature Films segment.

Saawan is the story of a handicapped 9-year old boy, abandoned in a desolate valley in the mountains of Balochistan. The boy is rejected by his father, intimidated by society, harassed by friends and left alone in a valley in the scorching heat to die due to his disability. Strengthened by memories and dreams of his love for his mother, he begins a perilous journey back to his family in the main city.

The film, based on true events has won national and international recognition. It has been helmed by veteran film and TV director Farhan Alam and is backed by US-based physician Mashood Qadri under the banner of Kalakar Films.